This post is for our students at the 2018 Tennessee Governor’s School for the Arts in the Sketchbook Boot Camp Class, week 1. 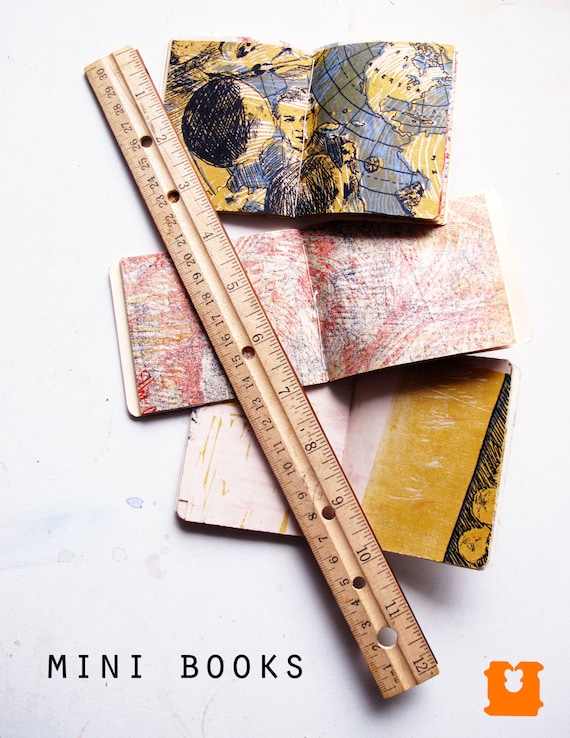 We begin with a brief book-binding tutorial, where you will learn to create Pamphlet Stitch Books. If you want to do the four-hole variation and need a refresher after the demonstration, check out our post, here: DIY Book Binding, Vol. 1: The 4-Hole Pamphlet Stitch Mini Book.

For the 3 hole variation, please see the diagram and directions below:

The Passport, History and Information

“I was always interested in history and I traveled a lot so every time when I had the chance I’d go to flea markets. It really started in Japan when I was looking around there and I found a really, really nice old Japanese passport from the Japanese Empire,” Topol says. “I opened the book and it was almost in perfect condition and I saw a passport picture showing a young girl in a traditional kimono and it was just beautiful. I was really in love with this [document] so I bought it, and that was really the start of it all.”

“Etymological sources show that the term ‘passport’ is from a medieval document that was required in order to pass through the gate (or ‘porte’) of a city wall or to pass through a territory.[5][6] In medieval Europe, such documents were issued to foreign travelers by local authorities (as opposed to local citizens, as is the modern practice) and generally contained a list of towns and cities the document holder was permitted to enter or pass through. On the whole, documents were not required for travel to sea ports, which were considered open trading points, but documents were required to travel inland from sea ports.[citation needed]

“King Henry V of England is credited with having invented what some consider the first passport in the modern sense, as a means of helping his subjects prove who they were in foreign lands. The earliest reference to these documents is found in a 1414 Act of Parliament.[7][8] In 1540, granting travel documents in England became a role of the Privy Council of England, and it was around this time that the term ‘passport’ was used. In 1794, issuing British passports became the job of the Office of the Secretary of State.[7] The 1548 Imperial Diet of Augsburg required the public to hold imperial documents for travel, at the risk of permanent exile.[9]”

“American consular officials issued passports to some citizens of some of the thirteen states during the War for Independence (1775–1783). Passports were sheets of paper printed on one side, included a description of the bearer, and were valid for three to six months. The minister to France, Benjamin Franklin, based the design of passports issued by his mission on that of the French passport.”

Message in a US passport issued to an American Samoan. The message indicates that the passport holder is a US national and not a US citizen.

Check out these examples of beautiful passport art from around the world: http://www.travelandleisure.com/slideshows/most-beautiful-passports-art#2

The letterpress Trail Map by @Firecrackerpress

The New Art of the Passport Tattoo

FIRST: Draw a mini-headshot or other form of self portrait. And somewhere on that page, list your:

You choose how you want to layout this page and how you want to convey this information! Could be more text-based or image based, hand-drawn, painted, collaged, etc! Be creative with the interpretation of all of our assignments for maximum fun and learning!

THEN: Pick at least 3 of these to complete before we meet again! These should be explored in your new, hand-bound artist passport! You can draw more than one page on a single idea, or do more pages on individual prompts as long as you complete a minimum of 3 this weekend. Getting 5 done would be awesome!

By the end of Gov School, please complete at least 15 of the 20 below prompts.

Again, please be creative with how you interpret this prompts and how you express them in your p